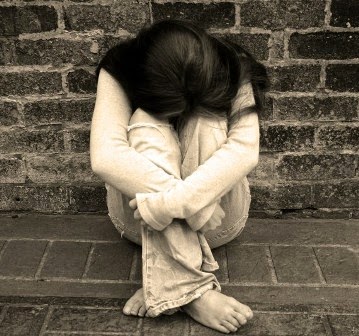 2014 payment now £590 per week per child!Most fosterers double this by taking in two children ! As advertised on the back of a bus....

And who will that young boy with the kite attract?

Despite all these wonderful descriptions of overpaid foster carers, 10,000 children went "missing" from care, as you will see from the article below:

Joint Inquiry into Children Who Go Missing from Care
Extract (point 9):
In June 2012, the All-Party Parliamentary Group (APPG) for Runaway and Missing Children and Adults and the APPG for Looked-after Children and Care Leavers published the report of their joint inquiry into children who go missing from care.
The report argued that the Government was under-reporting the number of children going missing from care. While the official figure for 2011 was 930, the report argues that, according to police data, an estimated 10,000 individual children went missing. The report cited that this high number was symptomatic of a care system which was far from being fit for purpose and in need of an urgent rethink.
For the full report click here
JUDICIAL COURT STATISTICS (page 26)
In 2011, there were 32,739 children involved in disposals of public law cases, including 31,515 orders made, 792 applications withdrawn, 350 orders of no order and 72 orders refused.
Only 72 care orders refused out of 32,739 cases !What chance do these poor parents have in our hopelessly prejudiced "family courts"?
Judicial and Court statistics 2011 - Gov.uk

Increased number of children in care

By Katherine Sellgren
BBC News education reporter
28 September 2011
The number of children in care in England has increased slightly from 64,400 last year to 65,520 this year.
Department for Education data shows 27,310 children were taken into care during the year ending 31 March 2011, down from 28,090 the previous year.

Who else makes the profits you may well ask? All this expenditure;why would they do it? The L.A can't profit from it. , Well of course the local authority don’t make a profit but when did the civil servants ever care about that? No it is those who make a good living out of the system who make the money ! The judges,the barristers,the solicitors,the so called experts (doctors,psychiatrists,psychologists and others( described by Professor Jane Ireland in her report for the government as hired guns),the foster carers, and of course the “agencies”(who recruit fosterers and adoptive families) like the N.F.A founded a few years ago by two social workers and sold for £130million+ ! Even that is chickenfeed beside the profits made by private children’s homes and care homes that charge exhorbitant fees for “looking after” children and old people respectively,and out of which they pay generous commissions for referrals…..Oh what a joyful money go round for all concerned!!.Is there a conspiracy, ? No need at all! Birds of a feather flock together ! Or put another way ;those who live off the system defend the system.WHOOPEE !!
--------------------------------


Now read about the "bounty hunters"!

"SANCTUARY" pay them very well for rounding up old people and taking them away from caring relatives to fill up expensive nursing homes, referring children to be taken away from their parents for placements with well paid foster families, and getting anyone suspected of  being mentally-ill sectioned and sent to private hospitals!
See below.
Jobs offered by"Sanctuary"
Social Worker – Child Protection and Proceedings, Medway
Social Worker – Adults Mental Health, Kent
Social Worker – Adult Safeguarding, North Lincolnshire
What you can expect from Sanctuary:
www.sanctuarypersonnel.com/‎

About Sanctuary:
• Preferred supplier to 170 local authorities and organisations such as the NHS, Cafcass and the NSP
Posted by Kevin Edwards at 08:19