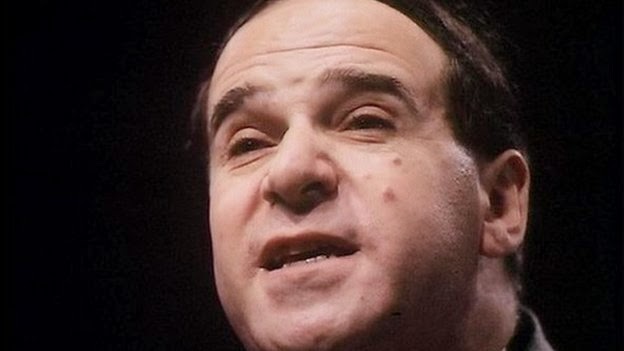 A Labour MP has called for a former home secretary to make public what he knew about allegations of paedophiles operating in Westminster in the 1980s.

Simon Danczuk said that a dossier of allegations about paedophiles was presented to Leon Brittan when he was home secretary between 1983 and 1985.

"It would be welcome if he stepped forward and shared his knowledge of the allegations", he told MPs.

Speaking at a meeting of the Commons Home Affairs Select committee, Mr Danczuk called for a national overarching "Hillsborough-style" inquiry into historical allegations of child sex abuse.
'Last refuge'
He said that politics was "the last refuge of child sex abuse deniers" and there was a view among many politicians that alleged offenders should not be named.

An inquiry would help identify other perpetrators, he said.

Earlier in the hearing he said that Cyril Smith escaped prosecution because he was "part of a network of people protecting each other".

He referred to a police investigation into a former guest house in South London where children were allegedly abused in the 1980s.

The police have confirmed that Cyril Smith had been a visitor to Elm Guest House. Mr Danczuk said he had spoken to a victim Smith had abused there and that "other high profile figures are alleged to have attended there."

He said a dossier of allegations, compiled at the time by the former Conservative MP Geoffrey Dickens, had been presented to Mr Brittan.

In a separate development, the Crown Prosecution Service announced that it would release details of the advice it gave to police in the late 1990s which enabled Cyril Smith to escape prosecution. It would first take steps to protect the identities of the victims, a statement added.

I want proof that he is human.


This reminds me of the MK-Ultra program, where young people in the entertainment industry are recruited from satanic families who will not protest against their own children's abuse and allow entertainment companies like Disney to exploit and mind-control them. My radio show colleague Andy Peacher and I discovered that this mind control and abuse of children was going on in England at least as far back as Elizabethan times, with many of the child actors abused as part of a program of trauma-based mind control program similar to MK-Ultra. Kate Bush seems to allude to something sinister involving the entertainment industry in her song "Experiment IV". Also, watch the UK film "Fragile". I thought it was a good horror film and gave it a "thumbs up" on Youtube until I read more about MK-Ultra and Monarch programming. I read about how many trauma-based mind control victims are compelled to identify with robots and the ghost featured in "Fragile" is like a robot. The children also watch Snow White in the film and this seems to be for triggering their programming. This stuff is real, folks. Please pay attention and protect your kids.