The “Section 151 Officer” Council Tax and Fraudulent Accounting. A Must Read. 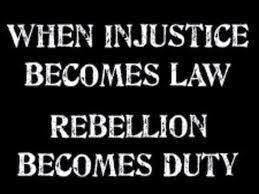 
Investigations into an international scheme to standardise “Comprehensive Annual Financial Reports” began in the US some 15 years ago.
.


A 15 minute Youtube video titled  “The CAFR Swindle - The Biggest Game In Town” watch HERE is a good place to begin your investigations.  Jerry Day, the presenter, summarises the situation like this:
.


"Taxes are no longer necessary ".
.
This video exposes a deliberate and massive swindle that is perpetrated by every government agency from your local school district all the way up to the Federal government.
.


This is the second Version of this expose' on public finance. Similar to first version, but incorporating input from Walter Burien and Clint Richardson.


.
See their sites for much more info:
.
cafr1.com thecorporationnation.com realitybloger.wordpress.com...”.
.
We in the UK should be grateful to Clint Richardson for his research on the situation here:
.
“CAFR Investment Scheme In The United Kingdom
.
I was asked by a gentleman in the United Kingdom to help him to find a CAFR (or Annual Financial Statement [AFR]) similar to the United States system of uniform financial reporting in order to prove and document that government’s investment scheme. Though I had never searched or looked at one in any depth, I have read in several places that this AFR system is becoming ever more global in structure, and well on its way to merging into a totally global uniform structure of financial accounting.
.
And after my extensive search, I was shocked at how this international financial accounting structure has already been implemented right under our collective noses.

.
Since it took me quite an effort today to search and find such an annual financial report in the UK, I wanted to share what I found with you folks across the sea, and how I finally found the CAFR (AFR) equivalent of the UK in England.
.
After much searching with different terms I finally found this official letter from the City Of York Council (CYC), which explains the statutory requirements of the Annual Financial Report and its “Statement Of Accounts” in the United Kingdom.
.
This term “Statement of Accounts” seems to be the key word to find these financial statements online for each local City or government there, and the first sentence (Summary) of the letter below is fairly uniform in most of these reports, meaning that searching this term brings up many “AFR/Statement of Account” (.pdf) files for different UK governments...”.
.
https://realitybloger.wordpress.com/2013/03/04/cafr-investment-scheme-in-the-united-kingdom/

This brings us to the little known “151 Officer” who appears to be at the heart of a scheme to establish a secretive fascist regime where money raised from local taxation is diverted into private investments without the knowledge of tax payers.
.
The post of “Section 151 Officer” was established by s.151 of the Local Government Finance Act 1972:
.


“... every local authority shall make arrangements for the proper administration of their financial affairs and shall secure that one of their officers has responsibility for the administration of those affairs...”.
.
http://www.legislation.gov.uk/ukpga/1972/70/section/151
.
The Act requires “Section 151 Officers” to possess qualifications from the Chartered Institute of Public Finance and Accountancy (CIPFA). This confirms Mr. Richardson’s observations above.
.
I happen to reside in the county of Powys. Here is what the “Statement of Accounts” for 2013/14 has to say about it’s “Accounting policies”:
.
1. ACCOUNTING POLICIES

The Statement of Accounts summarises the Authority’s transactions for the 2013/14 financial year and its position at the year-end of 31 March 2014 on a going concern basis.
.
The Authority is required to prepare an annual Statement of Accounts by the Accounts and Audit (Wales) Regulations 2005, which those Regulations require to be prepared in accordance with proper accounting practices.
.
These practices primarily comprise the Code of Practice on Local Authority Accounting in the United Kingdom 2013/14 and the Service Reporting Code of Practice, supported by International Financial Reporting Standards (IFRS).
.
The objective of the accounts is to provide information about the financial position, performance and cash flows in a way that meets the ‘common needs of most users’.
.
It will explain the financial facts rather than comment on the policies of the Authority and also has the aim of showing the results of the stewardship and accountability of elected members and management for the resources entrusted to them...”.
.
Mr. Richardson was right again. Here is what the report says at page 2:
.
“The Movement In Reserves Statement - This statement shows the movement in the year on the different reserves held by the Authority, analysed into ‘usable reserves’ (i.e. those that can be applied to fund expenditure or reduce local taxation) and unusable reserves...”.


The amount of these reserves is described on page 22:

Elsewhere in the report several other types of “Reserve” are explained. The term “Unusable reserve” is not.
.
No clue is given as to who decided anything about it. I think we have found what were looking for.
.
This situation may also go some way to explaining the recently introduced generous pension schemes for Councillors after as little as ten years service. They are not going to make waves about taxpayers money invested in their pensions.
.


The amount of money expected to be raised by Powys for Council Tax in the year 2014/15 is recorded as £60,353,000.
.
In the light of the above, demands for Council Tax could have been met by transfer from the “Unusable Reserve”.
.
Unless there is convincing proof that funds in the “Unusable” category are in fact “Unusable” the 2014/15 Council Tax demand is, I submit, fraudulent.
.
How are we the tax payers to find the truth? CIPFA have produced a document on “The Role of the Chief Financial Officer”. At page 3:

“This Statement on the role of the Chief Financial Officer (CFO) in Local Government aims to give detailed advice on how to apply the overarching public services Statement within local government.
.
The CFO in local government is not only bound by professional standards but also by specific legislative responsibilities. The role and responsibilities of the ‘Treasurer’ were developed by case law in England and Wales. In Attorney General v De Winton 1906, it was established that the Treasurer is not merely a servant of the authority, but holds a fiduciary responsibility to the local taxpayers. Section 151 of the Local Government Act 1972 requires local authorities to make arrangements for the proper administration of their financial affairs and appoint a CFO to have responsibility for those arrangements...”.
.
So what does the De Winton Judgment say:
.
“The Borough operated using all its borrowing powers. Its accounts were conducted in the name of its treasurer. The accounts were properly audited. A burgess complained at the payment of the interest on the loan accounts to the treasurer for payment to the banks.
.
Held: That the accounts had been audited did not stay such an action. There was nothing in the Act to make the audit binding on the Burgesses...”.
.
Date: 01-Jan-1906
Judges: Farwell J
.
In other words, a Council’s “Statement of Accounts is susceptible to challenge through the Courts because the “Treasurer” now the “Section 151 Officer”, has a fiduciary responsibility to the local taxpayers.

.
Time for British Constitution Group supporters to start doing some research?
.
CIPFA produce another document relating to “Section 151 Officers, a FAQ:
.
“What support can CIPFA offer to a Section 151 Officer facing an especially challenging situation?
.
We recognise that CIPFA members serving as Section 151 often face challenging situations and that at times find it is necessary to consider the ultimate recourse of the Section 114 powers of the Local Government Finance Act 1988. This is a step that should not be taken lightly but instead only after very careful consideration...”.
.
http://www.cipfa.org/-/media/files/policy%20and%20guidance/technical%20inquiry%20service%20faq/faq%20section%20151%20officer.pdf
.
What is so stressful about S.114 of the Local Government Finance Act 1998?:
.
“Functions of responsible officer as regards reports.

(a)the person who at the time the report is made has the duty to audit the authority’s accounts, and
.
(b)each person who at that time is a member of the authority...”.
.
http://www.legislation.gov.uk/ukpga/1988/41/section/114
.
In other words, “Section 151 Officers” have an obligation to make reports on unlawful activity by officials acting, or about to act, against the interests of tax payers to the Councillors.
.
The intent of Parliament was presumably to prevent cover ups by officials. The Linda Lewis case springs to mind. But what if the “Section 151 Officer” him, or her, self has committed fraud?
.
Here is what s.13 of the Fraud Act 2006 has to say about this:
.
“Evidence
.
(1)A person is not to be excused from—
.
(a)answering any question put to him in proceedings relating to property, or
.
b)complying with any order made in proceedings relating to property, on the ground that doing so may incriminate him or his spouse or civil partner of an offence under this Act or a related offence.....
.
(3)“Proceedings relating to property” means any proceedings for—
.
(a)the recovery or administration of any property,
.
(b)the execution of a trust, or
.
(c)an account of any property or dealings with property,
.
and “property” means money or other property whether real or personal (including things in action and other intangible property).
.
(4)“Related offence” means—
.
(a)conspiracy to defraud;
.
I can see why being a “Section 151 Officer” could be stressful. People could start questioning “austerity”.
.
And did you notice that he also has an obligation to report on unlawful actions by members of a police force funded by his Council?
.
Many thanks to Peter Croll for bringing this to notice.
.
End

Great work. Could you explain what crime the council have committed or would it just be the section 151 officer who would be held to account. I have looked at my local council accounts and have found it to be the same as your report. Thanks

Anonymous, I suggest s.4 of the Fraud Act 2006 by the S.151 officer and aiding and abetting by anyone who can be proved to have known about it.

"4 Fraud by abuse of position

(1)A person is in breach of this section if he—

(a)occupies a position in which he is expected to safeguard, or not to act against, the financial interests of another person,

(b)dishonestly abuses that position, and

(c)intends, by means of the abuse of that position—

(i)to make a gain for himself or another, or

(ii)to cause loss to another or to expose another to a risk of loss.

(2)A person may be regarded as having abused his position even though his conduct consisted of an omission rather than an act.

Whosoever shall aid, abet, counsel, or procure the commission of [F1any indictable offence] , whether the same be [F1an offence] at common law or by virtue of any Act passed or to be passed, shall be liable to be tried, indicted, and punished as a principal offender.

Common Law misconduct in office would also apply. Now that the fraud has been exposed, officials who try to continue it commit those offences knowingly.

Thank you John for your swift responce. I feel I have a duty of care to report this crime that my local police as my council have and I presume are still doing so I am just trying to fully get my head around this so I fully understand what is going on and how they have failed under common law.

Regarding signatures, I would say that they are required. The common law rule is that a signiture below a document is proof that the signor "stands under" it. IMHO a document without a signature is worthless.

Depending on the situation, the Statute of Frauds 1677 may also apply: