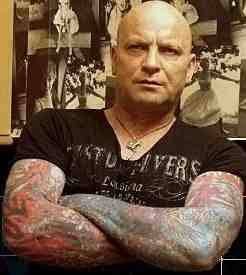 The brilliant writer, Chris Spivey, has been under severe attack from Intel agencies over his forthcoming exposé of the Lee Rigby Woolwich 'murder'.
It would seem that Mossad rent-boys, Mi5, are panicking that their dirty tactics are about to be made public and have launched a full-on attempt to close his website and prevent the evidence from being published.


They've even resorted to the most pathetic, underhand, method of calling Spivey a " conspiracy nut " via an article in vile propaganda rag, the Sun.
The Sun is of course owned by Rothschild bum-boy Rupert Murdoch who bends over on a regular basis for his Tel-Aviv masters and is up to his neck in shit vis-à-vis the phone-hacking scandal.
VIP blackmail racket, which has seen thousands of innocent British children raped and murdered to keep politicians in line.
Murdoch is a much bigger player than the bunch of treasonous, paedophilic filth running Mi5/Mi6, and his closeness to the psychopathic nutters who control this country from behind the shadows means he calls the shots not them.
But all that is about to change.
You see, Chris Spivey has been working day and night for the past year, gathering information and proofs that the Lee Rigby incident was a staged false-flag event, planned and carried out by the highest echelons of the British Establishment.
The whole charade was executed to stir racial hatred and give the oppressed public an enemy to focus on instead of focussing on the real enemy within ( in a similar vein to the 7/7 bombings).
They used a motley crew of actors and props to carry out what can only be described as a ridiculous pantomime in which their amateur dramatic skills were so weak that they made many blatant mistakes.
Those mistakes have been documented and analysed by Spivey and he has produced a huge catalogue of evidence which blows-apart the official story and which he has painstakingly detailed in his report, 'Look Back in Anger'.
You can be sure that the PTB are at this very moment shitting themselves so baldy there's not enough Andrex in the land to clean it up.
Because they realise that Spivey is on the verge of exposing their filthy ways for the whole world to see, and once that happens it signals the end of filthy Britain as we know it.
No doubt they will keep up their desperate attempts to stop his article being published, but it will all be in vain.
The truth will out anyway.
It's only a matter of time...
http://chrisspivey.org/headless-chickens-the-woolwich-hoax-exposed-2/
https://www.facebook.com/pages/Christopher-D-Spivey/153828944737011
http://guerrillademocracy.blogspot.co.uk/2014/06/headless-chickens-woolwich-hoax-exposed.html
Posted by Kevin Edwards at 14:49