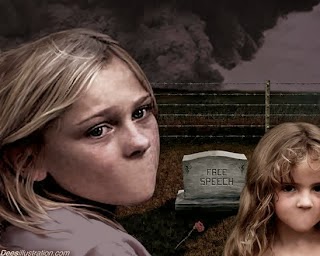 The next Angiolini hearing is due to take place at 10.00hrs at the Court of Session, Parliament Square, Edinburgh on Friday, the 18th October.

Supporters of Hollie and of me have gallantly turned out in support  on many court occasions in Scotland, some of whom have even travelled from the south of England to attend. I am very grateful for this and always will be. If anyone is able to come along and witness the proceedings, I should really appreciate it, particularly as we now know that the Scottish Courts are perfectly capable of falsifying solemn court evidence when it suits them to do so. This has been the case over Sheriff Principal Edward Bowen`s racist statement made on 17th February 2012. More of that will be mentioned soon, but further recent information points firmly to a criminal act by Bowen and others to conspire to pervert the course of justice, misconduct supported by the Lord President himself, Lord Gill. No defendant in any criminal case in Scotland can be absolutely sure of a fair hearing anymore.

So far, I have received no response from Alex Salmond`s constituency office, as mentioned in the previous post, but there is plenty of time yet.

However, it is very important to stress that those of us in England or Wales are not in a particularly strong position when criticising the unstinting efforts of the Scottish government in covering up the sexual abuse of children.

Prolonged state protection for Jimmy Savile is there for all to see, although the Cyril Smith case, so well presented by Channel 4 in its recent Dispatches programme, is also very disturbing. Nothing whatsoever was done to stop these two criminals whilst they were alive, presumably on the grounds of "security", whatever that is supposed to mean, but exactly whose security are we talking about?

The security of those defenceless children who suffered horrific ordeals at the hands of these two serial monsters is clearly not a matter for state concern. It is not who you know, but what you know about those you know.

The state has deemed that certain celebrities, preferably dead ones, are relatively expendable and can thus be thrown to the wolves. Additionally those paedophiles from run down areas, from the gay community, the Muslim community, Roman Catholic clergy and those of African origin can sometimes be indignantly exposed in the mainstream media, even by the paedophile-infested BBC.

Powerful and influential whites, however, particularly those who are politicians, prominent journalists, members of the judiciary, senior police officers and most social workers can largely expect the benefit of de facto immunity from prosecution should they wish to indulge themselves in sexual crimes against children and the disabled.

In the Hollie Greig case, the state, in both Scotland and England, continues to openly collude with Hollie`s rapist father against Hollie`s brave and devoted mother and even against Hollie herself.

Such is the sickening power of the child-abusing elite that infects our once great land.

How much longer are British people prepared to look the other way while our children and the disabled are being systematically raped?

Who dares to speak up?
Posted by Kevin Edwards at 21:35 No comments:


The Naija Standard, with thanks to Maggie.

I have been saying that Britain has become a third world country for a long time now.
Look at the evidence:
Frightening isn’t it?
And then there is the MSM… The UK and USA must have the worlds worst news information services, or put another way the worlds best disinformation services.
Our newspapers report nothing more than government approved fabricated storys, censored storys, non-storys, half truths, and propaganda.
Worse still, whilst you would imagine the top list to be more in keeping with an African country, the African MSM puts ours to shame… As does the weather.
Now, you may remember that last month I found an article from an African MSM newspaper revealing that David Cameron is gay.
And today, I have an even better MSM story from the Naija Standard – a Nigerian newspaper.
I won’t spoil the surprise by divulging the content – albeit much of it is common knowledge in the Alternative Media – I will let you read it for yourself.
Dog I wish we were on a par with the African MSM.

SHOCKINGLY UNVEILED!Ex-British PM, Tony Blair Acquires £500 million…Caught, Convicted as he imports young boys to London illegally
*Hid his lawyer’s nickname ‘Miranda’ to evade public scrutiny *Claims National Security Question…Stopped Press by ‘D Notice’ order
*How FBI apprehends his gang of Avalanche Child Porn friends*His Tuscan Villa Holiday Inn Seized in a Fraud Probe
*Prince Girolamo Strozzi, Blair’s ‘proxy’ in Luxurious Hotel Saga confesses*Why British Labour members call him by his moniker ‘Tuscan Tony’
BY CLEVERT MARCEL/SPECIAL CORRESPONDENT, CRIME, LONDON
THE entire tenure of Tony Blair, former and youngest British Prime Minister, who as a parliamentarian and ‘New Labor’ leader introduced lively economic policies are now dogged in ‘shame’ and monumental scandal; traceable to fraud, paedophile attitude, child abuse and convictions which were allegedly, secretly downplayed. This surely confirms the saying that “Conscience is an open wound, only truth can heal it.”
His unimpressive profile
Naija Standard gathered that Blair was seen by members of international community towards the exit of his tenure and after office as a ‘war -criminal, bisexual , torturer, liar , sociopath , multiculturalist , control freak, Bilderberg Group  member. He is believed to have amassed a fortune of between £300million and £500 million since leaving Office, mostly from his share of the PFI fraud.
How Blair secured Two Convictions
According to our investigation, Blair had two convictions for cottaging in 1974 and 1983 subject to D-Notices. He first came to the attention of Zionists at MI5 as a potential future Prime Minister after repeatedly being caught importuning young boys in Public toilets around London in the 1970s. A notorious cross dresser, his nickname when he was a lawyer was Miranda.
His Child-Porn Ring
It was alleged that some of those caught up in the Federal Bureau of Investigation (FBI) operation code-named ‘Avalanche/Ore Child porn investigation in 1999/2003’ where Blair’s names were allegedly mentioned includes: Sir Gerald Kaufman, Gordon Brown, Alan Milburn, John Prescott, and Peter Mandelson. Stopped Press Publication Blair stopped any Police investigations by claiming a threat to National Security and put a D-Notice on the press to stop any reporting on it while in power then.
His fraudulent hotel acquisition
Naija Standard investigation reveals that ‘Tuscan Villa’ where Blair topped up his tan when he was prime minister had been seized in a fraud probe. Blair’s favorite’s holiday haunt is in the hands of detectives who are investigating its aristocratic owner who faces allegations about looting public coffers.Blair’s proxy in soupPrince Girolamo Strozzi, known in London business circle as a man who handed Blair the keys to his 1,300-acre Fattoria di Cusona for family holidays on several occasions is mired in allegations that he misused public money to subsidize two of his newspapers. Blair enjoyed a string of luxury breaks behind the walls of the villa while he was PM until 2007.
Why called ‘Tuscan Tony’ by lawmakers
The ‘New Labour’ leader acquired the moniker “Tuscan Tony” because of his fondness for spending time at the nobleman’s residence.In total, Blair took five holidays at the villa in central Italy after he and Prince Girolamo met in 1997. In return, Blair had Strozzi as a guest twice at Chequers, the country retreat for serving British prime ministers.Strozzi is among 21 suspects who allegedly fiddled circulation figures for newspaper titles to secure between €10m and €18m (£8.6m and £15.4m) in government subsidies over a period of 11 years from 2002. His lawyer said the 75-year-old denied any wrongdoing.His 16th century villa has been confiscated by order of the investigating magistrate but lawyers said he would fight for its return.
READ MORE

Posted by Kevin Edwards at 13:02 No comments: