THE PAEDOFILE: In which three ways is money connected to child sex abuse? 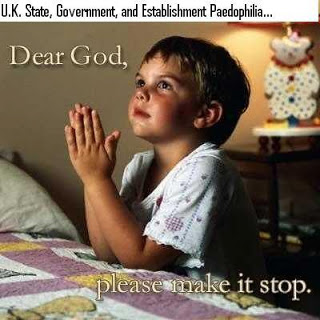 Answer: 1. The powerful can buy anything
2. Cuts in the justice system
3. Disgraceful Whitehall waste
Had I seen the incident involving Judge Bowers’ verdict on a persistent paedophile five years ago, I probably would’ve opened a dedicated page about this clown, and followed his every verdict to do with child abuse thereafter.

Another ignoramous who thinks sexual sadists can be reformed, last April Bowers let the guilty man off jail “because his fellow prisoners would make his life a misery”. Bear in mind, Mark Martin had already breached the terms of his last suspended sentence before going on to offend again.

But these days, I have to decide whether to write about it at all, because such unutterable ignorance is commonplace. And frankly, because I find the whole area depressing – and the unwillingness of the political class to engage with it deeply discouraging.

The reason I write about this incident today is that, more and more, I think people need to see such things in a broader context of wealth, incompetence and funding.

We already have a House of Commons whose members know not a jot about recent successes in retraining persistent criminals across the board, the anthropology of welfare and poverty, the feral nature of some Underclass kids, and the struggles of ordinary people trying to manage in a world where every single financial service has been used, at some time or another, to screw them.

To this we can add a police force which routinely lies, takes backhanders, falsifies statistics, cooperates with Islamic taxi-gangs of kid groomers, and insists it has officers with leadership skills in dealing with multicultural issues.

The only branch of The Law beyond those two of any import is the Judiciary.

In the last ten years, all my dealings with the British judiciary bar two have left me with the following impression.

They have almost no medical knowledge, and are easily duped by psycho-bollocks in the Family Courts.

They are ruthless in protecting the Establishment, and hand out gagging orders or unreported prison sentences to anyone they see as a threat to the élite’s survival.

Their average ability to sum up a case puts one in mind of Peter Cook at his most satirical. And they understand, specifically, almost nothing about the nature of paedophilia – whence it came, where it might be going on secretly now, and where it may lead if the perpetrator is not removed completely from society.

In two cases, I have been close to certain that the judiciary was covering up for one of its own. Both have gagging orders on them.

So let me put this into a stark perspective. Imagine Mark Martin as Ian Brady. This shouldn’t require any imagination at all, because Ian Brady is a sadistic bully with a penchant for torturing the vulnerable. He started out as a man with an unhealthy habit here and there, and wound up killing an estimated 34 children.

Almost every child-killer is a paedophile, but the media seem unable to take this obvious point on board.

But the political head of the Humberside police was a Labour Party paedophile who conspired with others to get Huntley’s record erased.

Without that, the murderer couldn’t have got the job at Soham School which gave him access to two defenceless victims. The tabloids routinely refer to Ian Huntley as “sick”. But the blind eye turned towards the roots of that appalling murder are infinitely sicker.

Involved in a Staffordshire Council case four years ago, one police officer I spoke to declared himself (off the record) “gobsmacked by the judge’s verdict, and appalled by the dangerous leniency of the offence”. I think he speaks for all of us.

But both paedophilia as an illness, and its power among the well-connected, remain a global problem.

Daniel Galvan’s pardon from the Muslim king of Morocco was in turn part of a deal for a group of 48 Spaniards there to be pardoned. At 63, Galvan remains a violent, unreformed paedophile who lured poor kids to parties, and then gang-raped them horribly with his mates. He had been sentenced to 30 years in prison for the rape of 11 Moroccan children aged between three and 15.

The pardon was at the request of Spain’s King Juan Carlos during a July visit to Morocco. According to charities involved in breaking the trade, some 26,000 children are raped annually in Morocco.

Many of these crimes are committed by “the jet set of Marrakesh . . . including powerful European politicians and business executives,” El Mundo reported earlier this week.

Daniel Galvan was rearrested in south eastern Spain last Monday, after huge demonstrations there demanded the grubby deal be overturned.

But the question still remains: why did Juan Carlos ask for the pardon in the first place?

The conclusion that Galvan has powerful friends in high places is inescapable, and the pattern of privileged depravity all too familiar.

So to those who remind me that over 85% of all child abuse happens in the private homes of the families involved, yes, I accept that as entirely supported by the facts; but no, I don’t think we should stop the campaign to bring those who see themselves as above the law to justice.

The trouble in 2013 is that finding justice in any shape or form is an uphill task.

You can bring these lowlife to justice, but you can’t guarantee that justice will be awake.

As former CPS employee and now successful barrister Raj Joshi recently commented in the Independent, “…..in any robing room in any Crown Court across the country you will hear similar concerns expressed by barristers trying to do their job in accordance with the rule of law.

Money will be at the heart of this challenge.

But when everybody is strapped for cash it becomes difficult for the CPS, with a budget of more than £600m, to justify being given more resources for its staff….The heads of bureaucrats, consultants and managers should roll.

How can it be justified in these straitened times that CPS staff are flying all over the world to attend prosecutor seminars when they should be dealing with problems nearer home?”

£600 million is indeed a quite staggering amount of money. But social breakdown doesn’t come cheap – something no politician today seems willing to accept as perhaps the best reason for tackling it, as opposed to tickling it. Nevertheless, the usual Whitehall abandon with taxpayers’ money is risibly obvious: in June this year, it was revealed that Crown Prosecution Service lawyers had been given tablet computers riddled with problems in a £5 million deal branded ‘a shambles’.

The CPS bought 4,700 of the tablets at £865 each to allow prosecutors to do away with bundles of paper in court. But the devices could not show video evidence, so another £102,000 had to be spent on DVD players.

And users complain that the devices are harder to access than physical files, and too heavy to carry. As Raj Joshi says, heads should roll.

But let’s not forget the politician’s ability to see the Rule of Law as “a detail”.

Being lawyers, their main interest lies in seeing more laws passed to create more litigation for their tribe. But justice is a word that rarely crosses the Minister’s radar screen.

A cut in the number of Crown Prosecution Service lawyers of almost 25% under the Coalition has merely exacerbated a significant breakdown in the criminal justice system under New Labour.

The number of witness care officers and managers, the officials charged with ensuring key witnesses attend court, has dropped by 43% since 2010, from 230 to 131.

And while the pols accept this, notice that not one of those culled is a senior Mandarin. Well just fancy that. Maybe there’s a second career as a UK bureaucrat for Benny Venizelos after all. While the flights to legal seminar jollies continue, the number of crown court cases labelled “ineffective” due to administrative problems rose by a third between 2009 and 2012, according to the bureau’s analysis of government statistics. Last year, 1,210 crown court trials collapsed because of problems with court administration.

So there we have it.

Another day begins with the usual tale of bizarre Court judgements, MPs cost-cutting while applying brain dead considerations to the process, Mandarins feathering their nests at the expense of justice, wasteful civil service procurement of goods, and continuing denial about the danger from international child traffickers whose clients are rich and powerful.

Everything comes down to money now. Everything.