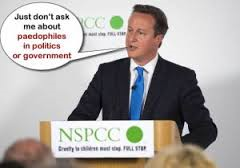 Families are the basis of society and deserve more support, David Cameron will say as he unveils new plans to help couples stay together.


David Cameron will say that "nothing matters more than family" as he announces a raft of new measures to help tens of thousands of couples stay together and give new parents more support.


In a speech inspired by his "wonderful" wife Samantha and three "amazing" children, the Prime Minister will announce that the government is doubling its funding for counselling services to £20 million.
All ante-natal services will have to include relationship advice on the potential stresses of having children, while health visitors will be expected to offer parents relationship support after they have had their children.
The government will also more than double the size of its programme to turn around troubled families, extending it from 120,000 families to 500,000 in an attempt to reduce their £30 billion cost to the taxpayer.
Mr Cameron will also announce that from later this year all government policies will undergo a "family test", under which they will be scrapped and re-written if they do not provide families with enough support.

He will hail new figures showing that the number of adoptions has risen by a quarter to 5,000 a year after the government cut red tape and gave councils more support.

Speaking at an event in London, he will say: “For me, nothing matters more than family. It’s at the centre of my life and the heart of my politics.

"As a husband and a father I know how incredibly lucky I am to have a wonderful wife and three amazing children.
“But in loving my family, and in reflecting on my own upbringing, I’ve also learned something incredibly important about the way that family and politics are inextricably linked.
“Long before you get to the welfare state, it is family that is there to care for you when you are sick or when you fall on tough times.

It’s family that brings up children, teaches values, passes on knowledge, instils in us all the responsibility to be good citizens and to live in harmony with others."

Under the plans the government will double the amount it gives to Relate, the charity which provides relationship counselling, to £19.5million.

There will also be an emphasis on new parents, with ante-natal classes offering relationship advice before babies are born and health visitors checking on how parents are coping afterwards.

The government's troubled families programme, which aims to confront those who are blighting neighbourhoods with dysfunctional behaviour, will also be significantly expanded.
The programme is currently focusing on 120,000 families, three quarters of whom have nobody in work and almost half of which have children excluded from school. Some families trigger police call outs 15 times a month.

The existing £448million programme will be extended to 500,000 families, who will receive support to help them into work and reduce anti-social behaviour.

The expansion will begin "immediately" in 50 pilot areas before spreading across the country.

The government will also open a new £19million adoption support fund to help councils speed up the adoption process, while Mr Cameron will say that he wants "every single policy" to be examined for its impact ont he family.

The Prime Minister will say: "For someone from my political viewpoint who believes in building a stronger society from the bottom up, there is no better place to start than with family.

“I want every government department to be held to account for the impact of their policies on the family.

“The reality is that in the past the family just hasn’t been central to the way government thinks.

“So you get a whole of policy decisions which take no account of the family and sometimes make these things worse.

“Whether it’s the benefits system incentivising couples to live apart or penalising those who go out to work or whether it’s excessive bureaucracy preventing loving couples from adopting children with no family at all.

“We can’t go on having government taking decisions like this which ignore the impact on the family."
Posted by Kevin Edwards at 10:57