CHILDREN OF THE UK WILL ALWAYS BE SCREAMING TO BE HEARD 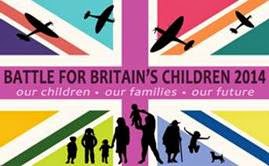 I am asking this so called British Nation to wise up to bring justice for the children screaming to be heard.

You can click onto the link http://spotlightonabuse.wordpress.com/category/1950s/ and read of the paedophiles cover up from the 50’s, but the abuse of children goes way back before the 50’s, in fact Britain has always led the world in child abuse since the year dot, with over 30.000 innocent children sold to Canada alone for £15 per child, and many more 1.000’s sold to Australia and America by Dr Barnardo's charity.
The sale and abuse of children continues right into the 21st century and the system will continue to rape and sell these children  until such time as the British Government are brought to account by you the Nation.
As of June 5th 2014 Emotional abuse will be a crime and families could or may face up to ten years in prison and yet the British Governments are so much more guilty of child abuse by continually allowing the selling to trafficking, child prostitution, murder of children so their organs can be sold and as of late, legally selling the blood of children to the super wealthy in search of immortality, as reported recently by Mike Adams ( live for ever with vampire therapy)
https://www.youtube.com/watch?v=ZNaaU3hR_PE the paedophiles as you can read in the Spotlight link and to the present day of the cover up by all in Governments of children screaming to be heard and they will continue to scream until we the Nation learn to scream louder and protect them and bring to account the British Government who for many are also paedophiles and due to their position, they are all laughing at Us the Nation and continue to protect their own and f---k your kids.
The only time the paedophiles in Governments will be named as I was told 30 years ago is when they are dead,  with most of those abused children told you are too late now and where is your evidence .
The court experts who are a law unto themselves and are little more than Rent-a-Report, Cut and Paste experts with dubious qualifications and unfounded allegations , earning their thousands of pounds on the backs of you the tax payers, as we all know from the recent Dr Hibbert report,  no court experts can be brought to account and they will also continue to work hand in glove with the private adoption/fostering companies and the LA . Remember this, no kids means  no businesses and vast unemployment within the system.
The Governments now want child protection to be privatised and with the privatisation now comes more employment for the social workers from the EU of which 1.000s are already employed with many having no qualifications there are 1.000s of social workers from Romania India and Africa.
This must be investigated, our Children’s welfare is at stake.
Having recently been defrauded of half a million pounds by Leslie Lesser who was allowed legal aid to defend what he had stolen and although pleaded guilty to six counts of fraud he walked free and continues to have protection for his crimes of more than 50 years for defrauding people of millions of pounds, and yet the Government bodies "IN A CHILD'S BEST INTEREST" have cut back on legal aid for families to stop them fighting in the courts for their children  who are screaming to come back home and yet their screams are falling on deaf ears because these children have been  stolen by the care system, sorry the money system.
http://www.lovemoney.com/blogs/scams-and-rip-offs/scams/28984/legal-aid-cuts-mean-were-more-at-risk-from-fraudsters-than-ever-before and so fraudsters walk fee and it is the kids who are sent into a prison system and as we all know 49% of prisoners are from the care system 1.000’s from care in detention centres along with many 1.000’s in Psychiatric hospitals or on the streets homeless. What is the truth behind the legal aid cuts?  Is it to protect fraud by the big guys and to continue to steal the children screaming to be heard. MONEY FOR THE SYSTEM.?
SO JOIN THE DOTS. Child care to be privatised,  children taken on the possibility of future emotional abuse.
That's now a criminal offence with no legal aid to protect yourself or your children, with court experts continuing to be a law unto themselves.
There are no rights for grandparents or fathers and for those mothers/fathers who report sexual abuse of their children by their paedophile partners their children are for some unknown reasons left to live with the paedophiles.
I look forward to meeting all of you at the conference in the hope that we can as a Nation start to be the voices for the children screaming to be heard.  The silent witnesses, here lies the truth.
https://www.eventbrite.co.uk/e/children-screaming-to-be-heard-the-silent-witnesses-conference-tickets-10908400319
The new laws of emotional child abuse, why are families made to sign a contract for contact which states
YOU ARE NOT ALLOWED TO SHOW ANY EMOTIONS OR AFFECTION AND WE WILL ALLOW YOU ONE HUG ON CONTACT ONLY SO WHO WILL SUE THE SOCIAL SERVICES FOR AN EMOTIONAL  ABUSE. ????
Maggie Tuttle