Paedophilia - Never make the mistake of approaching a Local MP or Councillor. 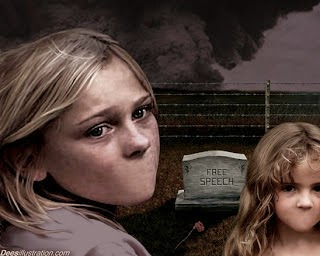 When I first joined the Merseyside Police I could never have imagined in my worst nightmare that I would hear and experience something I am going to relate to you now.  It was so disturbing I feared making it Public due to the fear of being labelled a Crank.  That does not mean that I was not continually working through and ultimately battling against the system to try and get it resolved.  The evil truth, and that is the only way I can put it, “Evil” is that the system is purposely designed to allow it to continue.

Following my training I was pulled aside by an Inspector who had an unusual talent for summing individuals characters up.  He apparently saw in me someone who would be totally unprepared for some of the Cultures that can be found inside Merseyside Police.  He was concerned I would be all too eager to challenge anything that I perceived to be unjust.  In short he gave me a warning.

“If you ever see or hear anything that you feel is wrong never make the mistake of approaching a Local MP or Councillor.  They strike-deals with the Chiefs that if they hear anything negative about the Force they will not challenge it.  The Chief in return for this Manus Manum Lavat agreement do not look closely when reports come in of their conduct!  Always remember when an officer takes on the Force he is also taking on corrupt politicians!”

I could never have guessed just what that deal-striking helped to cover-up.
I witnessed the bullying of officers who dared to complain of anything.
I saw many things, then when I deployed to Speke Police Station in South Liverpool I witnessed something that made it impossible for me to ignore what was going on.  On lates, about midnight.  I was in the Front Office updating logs when two colleagues came in and one looked like he going to start crying.  He was not going to start crying, he was raging.  “I’m f**king fed up covering-up paedophile councillors!”
He did not mean he was doing the covering-up he meant every time he stopped a certain councillor who was cruising around the Speke area late at night with a young boy in his car and he put his suspicions on the NICHE system it was immediately blocked from going to investigation by the Force Incident Manager.  Note, he had not stopped this councillor once, he had stopped him on several occasions.  Therefore, the councillor was very confident his behaviour would not be investigated.
It was then I learnt that I was not the only one to be given a warning not to approach any local MPs or Councillors, the vast majority of officers had been told the same thing.  I decided I would test this and contacted my Local MP Maria Eagle and this where it gets disturbing.
I did not immediately say to Maria Eagle, “Guess what, a suspected paedo is cruising your patch!”   I started by telling her the nasty reality of what can go on inside the Merseyside Police.  Which I will explain in future logs, just to say it is nasty stuff, really nasty.  Maria’s response, when I could get one, “I’ll write a letter!”  The Force would respond basically telling her to keep her nose out of if and she would never challenge that.  I asked her on multiple occasions why she backing down at the first fob off.  She has never once explained why.  Then to my horror a photo of Maria Eagle standing with the Area Commander outside Speke Police Station with big buddy smiles is being posted on Maria’s website.  I will repeat,  I was not giving her little bits of throwaway gossip, I was revealing disturbing facts.
Her absolutely disgraceful response proved the warning the Inspector had given me was valid advice.  But there was no way I could keep silent when it came to children being put at risk.  I voiced my concerns to Sir Hugh Orde, head of the Association of Chief Police Officers.
I have never received a response.  Then suddenly I was facing disciplinary action.  Great, I could bring it up in my disciplinary hearing, then something would have to be done.  Wrong!  The ACC who was hearing the disciplinary Colin Matthews put a time bar on what I could ask to be clarified.  One of the things I needed clarifying was a statement made by Sgt Tracy O’Hara.  That is very interesting to note.
Sgt Tracy O’Hara is the Chair of the Gay and Lesbian Support Network at Merseyside Police.  I took exception to the fact she was encouraging Gay males to join the Force then if they were unlucky enough to suffer homophobic bullying she would abandon them to it.   (let me stress some Gay Officers never experience homophobia, it’s the luck of the draw if they are placed with the wrong block.  Human nature is bigotry will be found somewhere everywhere)  We got into a heated argument and I accused her of being a Promotional Prostitute who was selling her own kind down the line to climb the ranking ladder.  In one big outburst I blurted out that I was not convinced she was not fully aware of the paedos.  I could not have said to a worse person, the Bosses would soon know I was on to it.
When the PSD compiled my disciplinary file they by mistake included a memo from Tracy O’Hara in which she discusses being in a meeting involving the TRUE Team.  During that meeting I was discussed and Tracy uses these words,

“This could compromise the situation for all of us!”

What?  Just how is my talking about homophobic bullying and paedophile covering-up compromising the members of the TRUE Team?  That is an explosive slip up on O’Hara’s part.  It is who she is saying it to that is scandalous.  The Head of the TRUE Team at the time was ACC Patricia Gallan.  That is one step away from a Deputy Chief Constable.  And Gallan did not pull O’Hara up on daring to suggest she and others in the Force could be compromised by those issues being discussed?
That is what I wanted to ask during my disciplinary but ACC Colin Matthews would not allow me to.  I appealed against this in front of the Police Authority (Made up of Local Councillors) and when they asked Matthews to explain his actions he responded with, “No Comment!” and they accepted that as valid reply.  Interesting to note, when I asked the Police and Crime Commissioner Jane Kennedy for all the paperwork, none existed.  Luckily for me and unfortunate for Jane Kennedy I had kept the copy of the memo sent by Tracy O’Hara and refused to give it back to the PSD when they demanded it.
But what happened when I reported the deal-striking to Jane Kennedy, the IPCC, the Home Office and a plethora of MPs.   I could make this blog run into War and Peace if I named everyone that knows it is going on and has done nothing.  Enough to say, why am I having to write this Blog?
But I will tell you about the Crime Panel who is suppose to keep Jane Kennedy on her toes.  When Jane Kennedy was first elected as PCC for Merseyside the Crime Panel made a point of stating that they did not believe she would hold the Force and Chief Constable to account or be open and transparent with the Public.  Yet, they ignored my complaint that she was refusing to ask the IPCC into to investigate the deal-striking after the Force had blocked me doing so with the Police Reform Act 2002.  I sent multiple requests for a response only for me to be told that the Crime Panel had heard my concerns BUT…
The deal-striking issue had been left out because they were sure I could appeal elsewhere.  No I cannot, I called their bluff and asked them where I could appeal to.  Could not tell me, then reluctantly informed me they would put it to the Sub Crime Panel.  Silence again, I still have not heard anything else.  The Crime Panel is made up of Local Councillors and is headed by Mayor Joe Anderson who championed Jane Kennedy standing as PCC because, to use his words “She will be loyal to Labour!”
Not once has Joe Anderson ever shown any concern or interest in the information on deal-striking.  I challenged Joe Anderson to agree to have his name run through NICHE to show he was an upright citizen.  Never responded.
And here is the rub in the issue.  If the Government and Select Committees were genuine in their claims to challenge paedophilia and general corruption they would all agree to having their names run through NICHE, but none will.  You can be a prolific offender and never get a criminal record.  You have to be charged first and some people have nice little deals going with their Forces to ensure that does not happen.
The truth is MPs are fully aware there is deal-striking going on not just between Merseyside Police and local MPs and Councillors, it happens in all Forces.
Well before you were reading about Saville, PIE etc I was warning of those kind of things happening.  You will hear Keith Vaz MP voice his shock and horror over Rochdale and how inefficient the IPCC is.
What the Right Honourable Keith Vaz will not say publically is that on multiple occasions he ignored my pleas for help when Maria Eagle was doing absolutely nothing and to this day continues to refuse to raise the issue in Parliament.
I will continue with this in my next blog when I discuss the Parliamentary Administration Committee and its claims to be wanting to help Police Whistle-blowers.  As they say in all the best pantomimes,

Taken from the excellent website  http://sindonax.wordpress.com/
Posted by Kevin Edwards at 18:51

Been there got the t shirt! When you exposed the sweetshop for criminals at County Halls.
You rapidly learn Paedophilia and White Collar Crime in public life is acceptable.
It becomes a crime when you report it.
By picking up that poisoned chalice in reporting it: you rapidly feel the wrath of "The Black Hand" upon you.