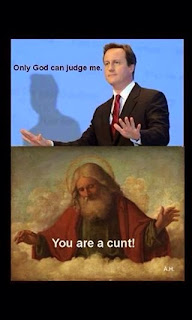 A social housing tenant from Cardiff has told Inside Housing that he was deeply upset by the way he was spoken to by David Jones, secretary of state for Wales.
Chris Caruana, an army veteran living in a council property in Cardiff, met with Mr Jones yesterday to discuss the impact of the bedroom tax on his living situation.


Mr Caruana was in a meeting yesterday with Mr Jones, Labour assembly member Mick Antoniw, councillor Ed Stubbs and another tenant also affected by the bedroom tax. In the meeting, in a room at the Welsh Assembly, Mr Caruana alleges that Mr Jones asked him what political party he was a member of, and which party he had voted for.
.
Mr Jones agreed to speak to the tenants after making a speech in the Welsh Assembly.
.
Mr Caruana told Inside Housing today: ‘David Jones asked me if I was a member of a political party and I said no, I am not. He asked me who I voted for and I said that’s personal.
.
‘I was fuming and I had to walk out of the room. Mr Antinow said that what he said was out of order and they started arguing. I think Mr Jones asked me if I was a political activist.
.
‘I’m not an activist, I just think it’s an unfair tax and I believe it’s wrong in principle.’
.
Mr Stubbs confirmed the meeting had taken place and there had been a disagreement. A spokesperson from the Wales Office declined to comment on Mr Jones’ conduct in the meeting.
.
Several assembly members tweeted about the meeting in support of Mr Caruana.
Posted by Kevin Edwards at 15:43