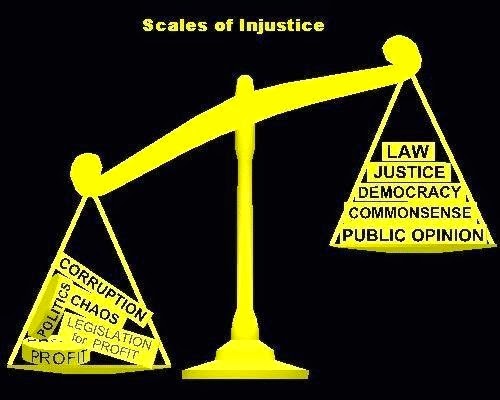 Can be listened to by clicking HERE


1.       Presentation Content
People who attend Presentations come in all shapes & sizes … by that I mean “mentally” … in other words, there are some attendees who - one would say - were ‘knowledgeable’, and some who are not so ‘knowledgeable’.
This means that the Presenter has to try to cover as wide a base as possible.
This may mean that – for some people (‘knowledgeables’)  – there is the thought “Oh … get on with it” or “Get to the point, please”. This is unfair on the Presenter who is – as I said – trying to cover as wide a base as possible. It is because of this, that many Presenters will ask for “Questions kept until the end, please”. Because they know what they are going to cover, and know that most questions will – eventually – be answered.
This is not a criticism of anyone at all.
But it IS something to bear in mind when attending. Especially as, in Guy’s case (and mine!) we DON’T insist on “Questions kept until the end” – but will try to provide answers on-the-fly.
2.       One of the instances
One of the instances of questions being asked was when Guy was trying to describe the limits of ‘Actors’. ‘Actors’ in the form of those who ‘play Roles’. ‘Roles’ such as ‘Police Officer’, ‘Judge’, ‘Magistrate’, ‘Court Clerk’, ‘Bailiff’, etc.
I've explained this many times before.
Guy pointed out that EVERYONE ‘playing a Role’ had actually agreed to be placed into a box.
And he explained that WE have every right to keep them within their chosen box.
This point is that, by taking on a ‘Role’, the Human Being has taken on LIMITATION … in exchange for certain POWERS (and a uniform!) The limitations always creating strict guidelines on how those powers can be used.
(Note: That preceding statement is NOT Anti-Anarchistic. Even within an Anarchy there will be the need for – at the very least a group of PEACE OFFICERS … to take on those ‘Roles’, provide that ‘service’(maintaining peace) … UNDER THE STRICTEST OF LIMITATIONS (primarily The Common Law).
But, and this is the point, when someone takes on a ‘Role’, they take on LIMITATIONS … limitations that the rest of us don’t have ... as limits.
Examples: When taking on a ‘Role’, ‘action’ becomes limited. You may take your kids down to the park on Saturday or Sunday … but a Peace Officer may have to work that weekend, because he’s on shifts.
More importantly (and this is the ‘biggie’!) limits on Freedom of Thought. While, on the one hand, you are free to think your own thoughts, a State Mercenary MUST NOT. In order to play that ‘Role’, he must become a Mindless, Obedient, Servant.
While, on the one hand, you feel free to act in accordance with your conscience, a State Mercenary cannot do that – in fact many times may feel the need to act AGAINST his conscience. BECAUSE HE’S IN A BOX, and needs to act IN CONCERT WITH … all others within that box.
What happens, in practice (of course), is that they ALL take an Oath. An Oath to use their assigned powers correctly (and accurately), and to keep within their box-of-limitations.
Which is something which, having taken their Oath, THEY ALL IMMEDIATELY FORGET.
And one of the things Guy tried to point out, is that WE MUST KEEP THEM WITHIN THEIR BOXES. Because, as he said, it is Our Right (and actually Our Job) to actually do that.
3.       Guy’s Information
This, fundamentally, consisted of reminding us that “Abuse of a Statute (and, of course, Statutory powers) is a Common Law CRIME”. That, when they act outside of their boxes, they are committing CRIMES … for which they can be held accountable, in Law (Common Law).
While, on the one hand, Judges (for instance) think they have been granted ‘immunity’ under Statutes … THEY HAVE NO IMMUNITY WHATSOEVER, IN LAW (THE COMMON LAW).
The ‘bombshell’ that Guy has brought to the table is this: ALMOST EVERY WARRANT, DOCUMENT, ORDER (WHATEVER) THAT HAS EMANATED FROM SO-CALLED ‘CIVIL’ COURTS … IS NULL & VOID. And can be easily proved to be so.
Because ‘process’ has been abused.
(Note: Council Tax is processed in a Maggot’s Circus … which is not considered ‘Civil’ … as is a County Court. However, it has now become apparent that a Maggot’s Circus, processing Liability Hearings & Committal Hearings, is actually a County Court in disguise. Consequently Council Tax is applicable to what is said here.)
(It’s all Common Sense really, as Guy pointed out) But any ‘Claim’ MUST have a Source. And the Source must be an Application to the Court. And that Claim must be substantiated by some kind of Affidavit, Witness Statement, or Statement of Truth. FURTHERMORE, A FEE MUST HAVE BEEN PAID. And anything ISSUED must contain a Court Seal.
And one of the ‘tricks’ is they use a Court Stamp instead of a Court Seal.
And there is a BIG difference. A Court Stamp means NOTHING. A Court Seal means EVERYTHING. And this is defined in the Civil Procedure Rules (CPR).
And (probably) 99% of the paperwork that emanates for these psychopaths, only bears a Court Stamp.
And, furthermore, Local Councils and Bailiffs, etc, have been issued with “Court Stamp lookalikes”.
And so they send out this stuff, like that. With Court-lookalike-Stamps on it. And, if you pay up, then – as Guy pointed out – YOU HAVE NOT BEEN ROBBED … because YOUR CONSENT WAS MANUFACTURED.
If there was ever any ‘fraud’ – then you have been a 50% party to that fraud.
Here is a picture of a Court Stamp:

Now, Guy has also discovered what you can do about it – at least as far as checking things out.
You go to the Court and ask to see the Court File. You may need to take identification, but you will need to pay £5 to inspect the file.
And you look for:
A.      The Claim Application (the Source) ... which must be signed.
B.      The Supporting Witness Statement(s) ... which must be signed (and witnessed?).
C.      THAT THERE IS A RECORD OF THE FEE HAVING BEEN PAID.
And, Guy says, that (he has discovered that) in most cases you will find a deficiency in those ESSENTIAL items – which MUST be in place – before ANY Claim made against you becomes valid.
Any deficiency means that the Claim was null & void, and ANYTHING & EVERYTHING subsequently based on it is fraudulent AND CRIMINAL.

The most likely 'deficiency' will be that there will be no record of any FEE having been paid.

HOWEVER ... PLEASE NOTE: As of July this year, 'large Corporates' will be able to 'run an account' ... to (presumably) settle up their fees at some point. THIS IS, OF COURSE, PRECISELY WHAT THEY HAVE BEEN DOING ... AND WHY YOU ARE LIKELY ***NOT*** TO FIND THAT A FEE WAS PAID AT THE TIME OF THE CLAIM.

The very fact that this new legislation is necessary ... is, of course, an admission that all Claims up till now have been abuses of process ...  in the eyes of the CPR Rules. (The whole thing is an abuse of process in the eyes of any reasonable person).

Deficiencies in the Process
If you find a deficiency in the process you DO NOT ‘APPEAL’.
You make an Application to have the Claim STRUCK OUT (which would, obviously, be based on the fact that ‘new information had come to light, which renders the Claim null & void. This is the fact that ‘process is deficient’).
Another trick they’ve played is to take an Application to Strike Out … and turn it into an ‘Appeal’.
And then … treating it as an Appeal … they can claim “No Merit” on everything. The reason is because, in order to Appeal after the time limit has expired … you first of all need to make an Application to ‘extend the time for Appeal’ (which would, obviously, be based on the fact that ‘new information had come to light, subsequent to the time for Appeal running out).
Clever fuckers, aren’t they?
Judges alter Transcripts
Another trick they play (and Michael knows this all too well), when making a transcript of the Court Record, the Judge gets the chance to alter the content of the transcript – before anyone else sees it.
This particularly applies to the Judge’s ‘Summing Up’ … because it is considered to be ‘the Judge’s work’ … which he or she gets the chance to correct ‘before publication’.
When requesting a transcript, you are given 5 options on the Request Form. CROSS THEM ALL OUT, and add your own request for “Proceedings Only”. The entire proceedings include what everyone says – they are NOT simply ‘the Judge’s work’ – and (in theory!) the Judge gets no say in what is transcribed.
Case Law
After the event, Guy made an interesting comment … which was that “There is NO Case Law on NOT GUILTY Verdicts”. In other words, there is no Case Law on ‘successes’.

Because Juries are never asked WHY they came to their Verdict. (Of course, asking Juries to ‘explain themselves’ MAY stop a whole lot of ‘Jury-knobbling’ i.e. in the form of “We found him guilty because the Judge told us to”!)
The only Case Law comes from Appeals. Where Judges get together and decide whether to allow the Appeal or not. And, in these circumstances, they document their reasons into Case Law.

Absolutely fantastic work Guy and others

All good stuff this just goes to show when in force and with justice and righteousness in mind anything can be achieved.Keep up the good work guys your not working alone .

Jim Hastings
Hi, great article but the images of the stamp/seal don't appear to be displaying correctly.

Hi all,
Fab web site, and lots of useful info. Just to say I feet a bit out of sorts because GOODF seems to be unavailable.Has anyone else experienced of not being able to access this other brilliant on-line community? love and peace to all. x